As an Amazon Associate, I earn from qualifying purchases. Without Any Extra Cost to You!

But how do you come up with a name for your Roomba vacuum? Why do you even need a name? Well, for starters, you might have several of them prompting you to name them to distinguish them from each other.

Roombas are vacuum cleaners that have the ability to use a built-in laser sensor to map out your home. You can also set different names on Roomba by using the iRobot HOME app. To set a Roomba name, proceed to the “Settings” tab of the app and tap “Set Roomba Name”.

Here we have compiled a list of funny rumba names you can choose from to name your robot. After all, not all of us have the talent of inventing exciting names for our robots or other things in the house. If you’re a fan of the famous Marvel movie Ironman, you must know of Tony Stark. The name would fit your robot since Ironman himself struts around in a robot suit that makes him virtually indestructible.

How about going down the fairy tale path and naming your Roomba Cinderella? She used to clean, clean and clean.

You may also call the robot a variation of its original name. It has to be a name you won’t struggle to remember, right?

Of course, the robot isn’t a cop. But naming it after the famous’s robot police officer will have you smiling whenever you instruct it to clean. It will seem like a cleanliness enforcer at work when it cleans.

This is another simple name you can opt for. Just because it’s a robot doesn’t mean you can’t give it a human name.

If your Roomba is the type that can both mop and clean, then this name would be perfect. Thanks to the cleaning and mopping abilities rolled into one; it acts as a janitor.

Moms used to keep the home clean when we were kids. How about you remember their sacrifices by naming your Roomba mom?

This is another option you can consider for your robot vacuum. If you believe in magic, then you know Merlin was a great magician that could make things disappear. The robot will make your dirt disappear.

This is a simple name like any other, only that Consuela is the cleaner in Family Guy. Watched it?

Karen is another common name you can give to your robot. Most people will tell you Karen is an entitled woman who thinks everything revolves around her. Well, why not call your robot Karen? It won’t mind.

Your vacuum deals with dust, so why not call it Dusty, huh?

With some of the most creative robot cleaner names, this is way up there. This will elicit laughs from friends and family!

This name makes sense because the cleaning mechanism of a vacuum is akin to an inhaler. Even if albeit a dust inhaler.

Frankenstein was a manmade monster most people have heard of. How about you make people chuckle by calling your robot vacuum, Frankenstein? It’s not every day you will find someone calling tier vacuum that.

Boop in slang means to poke someone gently. Robot vacuums will gently poke or smash into things on the floor, especially if you don’t clear obstacles in their path. That’s why the boop name makes sense.

Films offer the best names for many things. This name stems from the Star Wars franchise. If you enjoyed Star Wars, then why not call your Robot Darth Vader?

This is a brilliant play of the name Mordecai. You want to personalize the robot, but you don’t want to make it too human, so you call it Mortdecai.

If your robot vacuum is that good at cleaning, you can call it Spotless!

A cyborg is a machine, and your robot is a type of machine. The name cyborg will undoubtedly apply.

This is a clever play on manual labor. It brought a smile to our faces. It is a good option if you think your Roomba, is a workhorse.

Of course, Roombas work on your floor. The name floor-e wouldn’t be out of order.

Your robot doesn’t mind what name you decide to call it. It won’t take any offense when you call it a maid or Molly Maid.

Heard of Marylyn Monroe? Well, a play on her name gives you this funny robot name.

But of course, why not! The Roomba is one hell of a dust killer. The dirt should probably cower in fear now!

Another name inspired by the Star Wars movie franchise.

Rambo was a killer of his enemies, and so will your Roomba robot vacuum be. It won’t kill people, though; it’ll kill dirt.

This one is a classic. Vacuums suck. They suck dust and other debris, so the name makes sense.

Another one from the Marvel Cinematic Universe. You can call your Roomba robot Groot. Only that it won’t respond with “I am Groot.”

Another one from the movies. Sherlock was an excellent thinker and a great problem solver. If you think your Roomba solves your dust problem, then you can call it Sherlock.

We don’t have an explanation for this. But if you fancy it, why not give it to your Roomba vacuum?

Yet another name from the Harry Potter Franchise. It might not seem that fancy buy will indeed evoke some memories of the bespectacled wizard whenever you instruct your robot.

How to Name your Roomba Robotic Vacuum

You’ve found the name you fancy and now want to name your Roomba. The problem is you don’t know how and where to do that. It’s simple.

That wasn’t too hard, was it?

What Is the Most Popular Roomba Name?

Pets and robots have always had a close relationship. It’s not uncommon for some people to name their Rover, while others prefer to just call it by its model number. When the iRobot Roomba came out in 2002, some people attempted to give their robot cleaner a more personal touch with hilarious names like “Ceiling Cat,” “Nacho Cheeseburger,” and “Wall-E. ” The most common Roomba name was actually “Rover 2.” In fact, there were so many Rovers that they even made an official list of them all!

Is Roomba a Boy or a Girl?

Roomba is a genderless robot. Roomba is a vacuum cleaner that performs the task of vacuuming floors without human intervention. Roomba was designed and engineered by engineers at MIT and iRobot. But in the contest of artificial intelligence, Roomba’s a boy.

What Do I Name My Robot Vacuum?

A robot vacuum is an intelligent machine that has the ability to clean up dirt and dust in a home. A robot vacuum can be named using complex academic jargon. It can also be given a more friendly name like Rosie, The Ironman, or Mowgli.

Is It Weird to Name Your Roomba?

Roomba is a robotic vacuum cleaner that is operated by remote control. Many people name their Roomba after they purchase it to add a personal touch. It is not weird to name one’s Roomba because it typically does not have a personality of its own, and the owner is the only person who usually interacts with it.

Can I Change My Roomba’s Voice?

Roomba models can be modified to speak using different voices, ranging from male to female voices. Consumers can make modifications on their own with an external voice-changing chip, the Voicebox device. The Voicebox set includes a chip that plugs into the Roomba’s audio jack and an application downloaded onto a phone or tablet which will allow you to configure the voice options for your Roomba.

The list of the Funniest Roomba Names can be endless. We hope you get one from the list here. Don’t be afraid to get overly imaginative when choosing a name for your robotic vacuum. 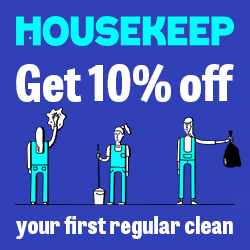